Malawi and Tanzania have been at odds over their national borders and Lake Malawi (or Lake Nyasa as the world’s 9th largest lake is known in Tanzania). Malawi currently controls the lake, however, Tanzania is arguing that its national boundaries should not end on the Tanzanian shoreline but at a mid-way point on the lake. The current border is based on the 1890 colonial Heligoland Agreement, which was later ratified by the African Union.

Since the two countries were unable to resolve this dispute, they submitted their position papers to the Africa Forum of Former Heads of State and Government in January 2013. This resolution team, currently led by Mozambique’s former president Joaquim Chissano and comprising other former SADC presidents, is expected to reach a decision on the dispute by 30 September 2013. It is unclear if the team will stick to this deadline which is already longer than initial expectations.  If they are unsuccessful, the case may be taken to the International Court of Justice.

Just this week, presidential aspirant and president of the Malawi Congress Party, Lazarus Chakwera, expressed that

Malawi respects international treaties. As such not an inch of the country’s land or water can ever belong to foreigners overnight.

Chakwera’s comments were not perceived to be as controversial as the alleged “warmongering” remarks made by Peter Mutharika, the presidential candidate for the Democratic Progressive Party and brother of the former later president. Mutharika’s statements about the dispute, including that Malawi should not have entered into negotiations with Tanzania since the lake belongs to Malawi, were the topic of discussion on a television show aired by state-owned Malawi Broadcasting Corporation (MBC) (state-owned). Mutharika claimed his comments that the lake boundaries should be treated as non-negotiable were taken out of context and framed in a way that suggested he wants to go to war with Tanzania. He subsequently took out a court injunction against MBC, which was overturned, although MBC was asked to allow Mutharika to clarify his comments on his alleged declaration of war against Tanzania. One Malawian online news site reported that Mutharika, as “leader of the largest opposition party in Malawi”, even attempted to contact Tanzania’s Minister of Foreign Affairs and International Cooperation to explain how he was misquoted on the sensitive lake dispute.

One Malawian Twitter user observed a discrepancy in public responses to the two presidential aspirants’ strong statements on the dispute:

Many Malawian online commentators state that Malawi’s ownership of Lake Malawi is non-negotiable. Malawi’s current president, Joyce Banda, has committed to the SADC resolution process although she has also said that she wishes to take up the matter with the International Court of Justice.

During the 2013 Southern Africa Development Community Summit of Heads of State and Government held in Lilongwe in August, Tanzania’s Minister for Foreign Affairs and International Cooperation Bernard Membe met with his Malawian counterpart Ephraim Chiume. Membe reflected on the discussion

We had a good discussion on our current boundary dispute and we were trying to find a common ground to advise our respective Presidents later this afternoon.

We are ready for any recommendation provided by the Forum, whether the matter is settled or recommended to seek other higher forums such as International Court of Justice.

During the SADC Summit, Malawian president Banda held talks with Tanzania’s president Jakaya Kikwete. No information has been disclosed about this meeting. 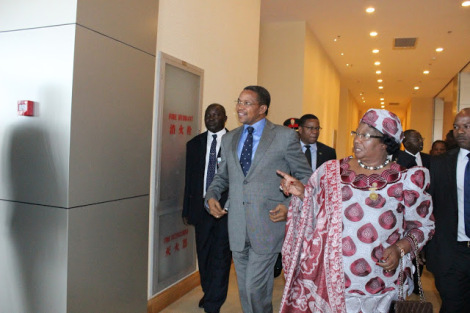 The lake is of growing interest because it is sitting on potentially lucrative oil reserves. The Malawian government has already awarded two companies, SacOil and Surestream Petroleum, exclusive prospecting licences for several zones in Lake Malawi, and a third company, Kainsha Energy, has applied for a licence.

It may take Malawi several decades to begin exploiting its hyrocarbons. This week, Aloysius Kamperewera, the Director for Environment in Malawi’s Ministry of Environment and Climate Change, indicated that

It will take not less than 30 years for the actual oil drilling to take place on Lake Malawi. At the moment what is taking place is just exploration which is a very time consuming process.

There are factors to take into consideration like the quantity of the oil, the amount of oil that is available versus the money that will be invested in drilling, the quality of the oil, will it attract a lot of profits? So as you can see it is a very lengthy process.

In the meantime, the government has earmarked Monkey Bay as a strategic tourist destination on Malawi’s southern lakeshore as it attempts to increase foreign direct investment by wooing investors and to improve depleted foreign exchange reserves. The focus on tourism is in line with the much-discussed Economic Recovery Plan initiated in 2012 by Banda after she assumed presidency following the death of Bingu wa Mutharika.