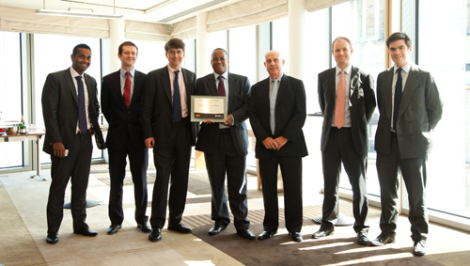 SacOil Holdings Limited, one of the two companies with exclusive prospecting licences (EPLs) to explore for oil in Lake Malawi, has begun work on this licence that was awarded in December 2012. This comes amid an ongoing dispute between the Malawian and Tanzanian governments over the lake’s boundaries. The area of the lake that SacOil will explore borders Tanzania.

The JSE-listed independent upstream oil and gas company with 100% interest and operator status in Block 1 first has commenced operations. Initial planning associated with the environmental and social impact assessment is now underway and this work programme should be complete in 2014. The EPL is for an initial 4 year period with 2 subsequent 3-year renewal periods.

SacOil has also significantly improved its balance sheet after agreeing to convert USD 17.6 million of debt and accrued interest owing to Gairloch to equity in SacOil by the end of May 2013. Gairloch, the private investment company, will now have 34% stake in SacOil (see press release “Gairloch Debt Settlement”).

Two days after SacOil’s press release announcing the current planning of the environmental and social impact assessment for the EPL in Lake Malawi, SacOil directors Richard Linnell and Colin Bird resigned from the board. In the same week, the Fox-Davies Daily Oil & Gas Monitor noted deficits in the company’s management even though the company has managed to clear debt:

Decks Cleared. Now What is the Strategy?: Today’s operational update and news that the debt holders have converted to equity strengthens the balance sheet and should alleviate some of the pressure that has undermined the share price over the last year. While the Company is exposed to a number of quality assets, there remains a fundamental deficit of oil and gas professionals in the Company’s management team, and today’s appointment of investment professionals, while strengthening the Company’s market skills, does nothing to advance this Company towards unlocking the value in the assets. What is required now is a clear strategy of how the Company intends to move forwards.

Yesterday (22 April 2013), SacOil announced that the former governor of the South African Reserve Bank, Tito Mboweni, has been appointed independent non-executive chairman for SacOil and Mzuvukile Jeff Maqetuka, Deputy Director-General of the National Intelligence Agency and former ambassador, has been appointed as independent non-executive director. They will take up these non-executive roles on the 1 June 2013 (for more detailed profiles, see Engineering News) SacOil CEO Robin Vela emphasized that

Their addition to the board will not only transform the SacOil board, but adds heavyweight individuals with experience and leadership roles in corporate South Africa and also in international relations across the African continent.

Mboweni has high hopes that SacOil’s activities will ensure that resources benefit Africans.

Exploration activities of Lake Malawi are being undertaken by both SacOil and Surestream Petroleum in a total of 3 blocks. Earlier this month, we also wrote about Kainsha Energy, a Zambian company, that has applied for an EPL from the Government of Malawi for exploration of the Lake; however, the government will not issue any more EPLs until the dispute is resolved.

Surestream Petroleum has been silent on their progress of late although their football academy in Blantyre, Malawi, will be open for Super League games due to the current shortage of suitable football grounds and stadiums in the city.