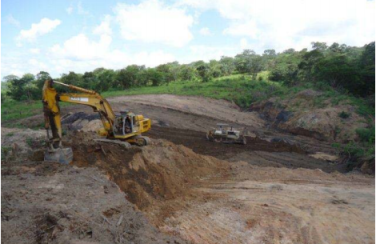 Opening of the Malcoal Nkachira Mine Pit (Courtesy of Intra Energy)

Intra Energy Corporation, an Australian-based mining and energy company with major thermal coal assets in Tanzania, announced today that it has acquired further exploration licences for coal in Malawi and it has signed a Memorandum of Understanding with the Malawian Government for the construction and operation of a coal fired power plant. The company with its Malawian subsidiary Malcoal holds three other exclusive prospecting licences and one mining licence.

According to an announcement made today by the company,

IEC holds a 100% interest in IETL. IEC holds a 90% interest in Malcoal with partner Consolidated Mining Limited holding a 10% free carried interest. IEC has all management and operating rightsunder the joint venture agreement

The geology of the two sites is describe in brief below, taken from Intra Energy’s announcement,