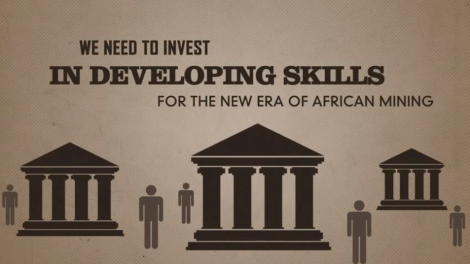 The University of Malawi’s Chancellor College Academic Staff Union was not consulted in the formulation of the bill, which they strongly criticised on grounds that academic freedom would be threatened by the expanded roles of the university council, vice-chancellor and Minister of Education proposed in the bill. For example, the bill suggested that the university council would appoint deans and heads of departments every 4 years; currently, faculty members elect academic staff to fill these positions.

The struggle for academic freedom is fresh in the memory of many at Chancellor College. Associate Professor Blessings Chinsinga was questioned by the police for statements he made during a lecture in 2011 which led to a nearly year-long academic freedom protest. In light of this, the politicisation of tertiary education that the Bill would have allowed was also attacked by the Civil Society Education Coalition.

At the height of the academic freedom protest, eminent Malawian professors working outside of Malawi, including Professor Sam Mchombo (University of California, Berkeley), Professor Lupenga Mphande (Ohio State University), Dr Louis Nthenda (formerly of the University of Malawi), Dr Mpalive-Hangson Msiska (Birkbeck College, University of London) and Thandika Mkandawire (London School of Economics and Political Science) petitioned the country’s education minister at the time, Peter Mutharika, to launch a commission of inquiry into higher education. They asked the government  to examine “the issue of academic freedom and all its ramification” as well as to determine “stable sources of financing for higher education”.

Sectoral training taxes were cited among the proposals for financing higher education by the professors. This would involve, for example, a mine tax for all mining companies to be used to produce mining engineers, geologists and other staff important to the value chain, or a tourism and hotel tax specifically introduced to feed into the education costs of hospitality and hotel management students.

Ensuring that Malawi improves its skills base in the mining sector is critical not only for the nation but for companies operating in the sector. Recently proposed demonstrations against Paladin, the company operating Malawi’s largest mine Kayelekera uranium mine, and commentary on Paladin’s retrenchment of 110 national staff brought to the surface sentiments that foreign staff are taking jobs that national staff could be doing; the company refutes these claims.

The shortage of skills for the mining sector both at tertiary and vocational level has been noted by companies, communities and governments across the continent.

In fact, education is highlighted in Africa’s own response to “tackling the paradox of great mineral wealth existing side by side with pervasive poverty“. The African Mining Vision, adopted by African Union (AU) Heads of State at the February 2009 AU Summit, begins with the overall aim to create

A knowledge-driven African mining sector that catalyses & contributes to the broad-based growth & development of, and is fully integrated into, a single African market.

Drawing on this vision, a new, relevant initiative that focusses on enhancing human capital in the sector is being explored by AngloGold Ashanti and the United Nations Economic Commission for Africa (UNECA).

“Africa is on the rise”, begins the campaign video of the African Mineral Skills Initiative (AMSI), buying into the media fetish of the rising continent, this time because the continent’s vast resources are said to provide opportunities for socio-economic development. This is largely due to the global competition and increasing demand from Brazil, China and India for minerals, metals and hydrocarbons. The skills shortage is one of the current challenges cited by AMSI as a barrier “to using Africa’s mineral reserves as a catalyst for growth”.

AngloGold Ashanti and UNECA commissioned research in Ghana, Guinea, Mozambique and South Africa to better understand the shortage of skills. Some of their main findings include:

As a result, the initiative highlights that “mineral skills” should move away from the traditional understanding including engineers and geologists only to encompass other key areas in the value chain. These include, among others, human rights, law, finance, fiscal policy, environment, community affairs and strategic management.

AMSI is at the beginning of a journey working in partnership to enhance Africa’s educational institutions. Malawi’s government would be well advised to engage with the initiative as the country makes steps to embed the African Mining Vision, as an AU state that adopted the vision four years ago.

The government could start by ensuring that the private sector contributes not only to community schools but also to funding the training of Malawians so that they can work along the mining value chain. This could revolutionise the current activities labelled as corporate social responsibility by companies in Malawi. The private sector is also well positioned to advise the government on the skills that are required now and in the future.

Perhaps the next University of Malawi Bill proposal will attend to the needs of this sector and ensure that much-needed finance for tertiary education is in place.