…Communities should be involved in problem identification

Members of the community in Mayera and Njereza villages in Traditional Authority Mponda’s area in Mangochi have proposed to Cement Products Limited, a local company which is mining limestone for cement production in the area, to involve them in making decisions on corporate social responsibility projects.

This is contained in a report of a study by the Institute for Community Mobilization and Empowerment (ICOME), which was tasked by Norwegian Church Aid (NCA) to bridge the information gap that existed between the community members, investors and government officials in the mining and cement factory area.

Action research Theatre for Development (TFD) was used as a methodology to collect relevant data. The research findings went through verification through TFD which is normally community discussions with duty bearers in this case government officials, civil society organisations, and investors.

During the study, members of the community expressed concern over disorganized corporate social responsibility (CSR) by the company because the people are not involved in the process of identifying the problems they are facing and suggesting their possible solutions. The factory management is also unwilling to assess the communities’ primary needs,

For instance, the company has provided cooking oil production machines and a nursery school to the community instead of boreholes and a hospital, which they desperately need.

NCA Coordinator for Resource Governance Programme Thokozani Mapemba says the effect of such a disorganized CSR programme by the company is that despite hosting such a landmark investment, the community members walk long distances to get assistance from a hospital located far away when in fact the company could have built a hospital within the community.

Mapemba says lack of access to health facilities has led to pregnant women in the area delivering on their way to the hospital due to long distances.

This has also led to reduced amount of salaries among the workers at the factory if they are provided with transport to the hospital by their employers as this is deducted from their monthly payment,

In the report of the study, the community proposes that as a solution to the problem of disorganized CSR, chiefs in the area and Tonse Tipindule committee members should be involved in the problem identification process and suggesting of possible solutions.

The members of the community also suggest that government and non- governmental organisations should help in setting up an organised CSR programme, which should include the construction of boreholes and a hospital.

The report also states that workers and villagers surrounding CPL’s cement factory are exposed to excessive dust and chemical substances that pollute the air.

It says cement dust as well as chemicals that are used at the factory also pollute the air.

There is also dust pollution emanating from mining sites as when the limestone is blasted, it produces a lot of dust which pollutes the air in the community.

The report says the dust and chemicals cause persistent coughs among the community members and workers in the area.

This, sometimes, leads to job termination if the workers stay home for a couple of days due to the illness,

The community members recommend that CPL should provide the workers with health and safety kits and milk besides constructing a hospital for the community to, among other things, treat pollution cases. 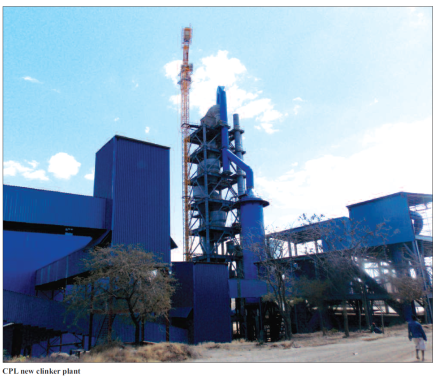 The report also observes that there is land degradation which happens when the dust from the mining sites reaches the ground. The mining blasts also leave big holes causing land degradation.

It says when this dust which is produced during blasting falls on the ground, that land becomes barren.

There is also loss of vegetation which is caused by the dust when it falls on vegetation hence the area close to the mining sites produces low yields because of the dust,

The study report also points out that there is noise pollution at the site resulting from mining blasts and factory machines that are noisy throughout the day.

It says the mining blasts also cause earth tremors because the limestone is blasted from deep down the ground.

When blasting, the people who stay close to the site are forced to vacate their houses temporarily. The houses close to the blasting site end up cracking during the blasts,

It, therefore, proposes to the mining company to find a spacious settlement and farming site for the people around the mine where it should build houses for them so that the affected villagers are able to lead a stable life.

The study also found out that lack of systematic purchasing of raw materials such as sand by the company is another problem.

The Company uses drivers to pay the local sand miners and the drivers pay for the same amount of sand differently to different people and choose whose sand to buy first.

The effect of this is that women sand miners are coaxed into having sexual relations with drivers who are responsible for transporting the sand from the river to the factory. This has led to the spread of sexually transmitted infections,

NCA, therefore, suggests that instead of drivers paying the sellers, the factory management should be responsible for it, and should ensure that raw materials such as sand are being bought at a better price.

esponding to the issues, raised in the report, MD for CPL Aslam Gaffar tells Mining & Trade Review in an interview that it is important that Malawians should not only focus on finding faults on the company’s CSR programme but they should also look at the positives which attest to the fact that the company is only one of the few that are doing well in terms of CSR, which is a voluntary initiative.

Gaffar says the company understands that there are still many projects which members of the community want to be implemented which will be tackled in the future since it is impossible to do everything at once.

We started mining in January this year and from then to date, we have completed one school block. Remember that we cannot do everything in half a year. We are quarrying limestone for cement and not precious metal and we have many problems, top of which is power which is actually threatening our existence, 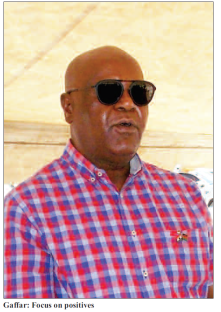 Among planned CSR interventions, the company bought poles and the transformer for installation of  electricity for the surrounding communities.

On health issues, a CPL Manager is quoted in the NCA report as saying that the company pays 70% of the health expenses of the workers when they get sick implying only the remaining 30% is paid off by the worker.

The study also found that CPL has three First Aid Kits distributed throughout their three respective sites in the area.

To sum it up, TFD has indeed proved successful in bridging the information gap that existed between the affected community and other stakeholder at CPL mining area.

The participants felt that the drama that was portrayed was the true reflection of the realities taking place in their surrounding communities.

They even proposed that TFD should often be coming to their areas because it was talking about true and important issues for the community’s sustainable livelihood.