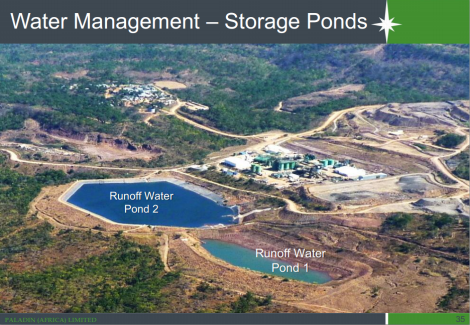 Paladin Energy has today responded to “untrue” reports that heavy rainfall in Karonga District has led to “uranium contaminated water” among residents near the mine.

According to Nyasa Times, ongoing heavy rains have led to “the flooding of Paladin’s Kayerekela Uranium Mine tailing dams [sic], a development that has sent shivers of apprehension among water users in the district”.

A series of major storm events over large areas of northern Malawi in early to mid-February and in early April delivered intense rainfall to the Kayelekera Mine and the region generally. Rainfall runoff from these rains resulted in overflow and environmental release of some clean water from a rainfall runoff water catchment pond at Kayelekera Mine site early last week in accordance with the Environmental Impact Assessment and Environmental Management Plan.

Water inventory in the Kayelekera Mine tailings storage facility increased due to the heavy rainfall events. However, the freeboard levels remain within the approved operating design criteria and this facility continues to be actively monitored and managed.

The Government of Malawi is yet to respond. For further information about Paladin’s processing and release of water from the runoff water ponds, see here.