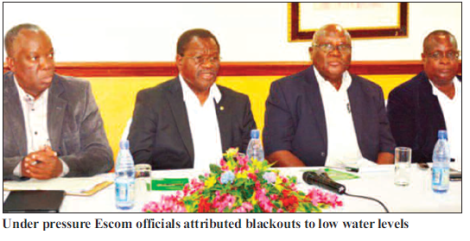 Electricity crisis characterised by persistent power blackouts has continued to weigh on the productivity of mining and other key economic sectors in Malawi with many industry players opting to generate their own power mainly using diesel powered generators.

A snap survey by Mining & Trade Review has revealed that sale of diesel powered generators has become big   business in Malawi as the industry is still uncertain on whether the government will find a solution to the persistent power crisis.

On its part, Escom has been placing advertisements in newspapers claiming that the power crisis is as a result of low water levels in Lake Malawi, which is limiting generation of electricity at its power stations located on the Shire River-an outlet of Lake Malawi.

Escom’s Marketing and Business Development Manager, Wiseman Kabwazi, told Mining & Trade Review that the parastatal has the capacity to provide power to the industry if it shifts production to night hours when the demand from its consumers is a bit lower.

However, Kabwazi could not provide answers to our questionnaire in which we wanted him to explain why blackouts extend into the night despite his suggestions.

Malawi’s largest mining investment, the Kayelekera Uranium Mine, which is now on care and maintenance, was powered by diesel generators.

There is need for Malawi to seriously look at means on how the country can address this energy problem, because investing in Malawi is proving too risky with this power deficiency issue,

A document sourced from the Department of Energy Affairs indicates that Malawi’s current electricity consumption falls way behind at 85 kWh per capita, with a minimal overall access rate of 9.8% with less than 2% in rural areas, while in Africa it is at 579 kWh, and the World uses 2,777 kWh.

The paper notes that country’s total installed power generation capacity is 351.75 MW against a demand of over 450 MW, projecting a rapid growth of demand to over 1000 MW by 2020.

According to the paper, Malawi is prone to an energy crisis because it does not have diverse sources as 99% of the electricity is generated from hydropower stations cascaded on Shire River with only 4.5 MW generated on Wovwe River in the North.

It attributes the intermittent power supply to a number of factors among them, inadequate generation capacity, ageing transmission and distribution networks, non -cost reflective tariffs, as well as environmental degradation or deforestation.