The piece “Engineers appreciate expansion works at Shayona factory” featured below was initially published in Malawi’s Mining Review Issue Number 27 2015 that is circulating this July 2015.

A group of engineers under the banner of Malawi Institution of Engineers visited Shayona Cement factory in rural Kasungu where they appreciated massive expansion works taking place at the site.

Shayona Cement is, currently, in the second phase of the construction of the rotary cement manufacturing plant, which will have a crasher, stacker, reclaimer, raw mill, coal mill, pre-heater column, cooler, conveying systems and central automated control room.

The completion of the phase will see the company increasing its production from 650 tonnes per day to 1200 tonnes, which is enough to meet the current local demand and leave a surplus for export.

Director for Zingano and Associates who was guest of honour at the function, Mr. Banard Zingano, said such a planned increase in cement production will help the country environmentally by saving trees used for brick molding since the country will move to a position where it can adopt the use of cement in making bricks.

Engineers can save the country from deforestation through such great plans. With such big factories rolling, locally produced cement can reach all corners of the country,

Managing Director for Shayona Cement, Mr. Jitendra Patel, said at the function that after completion of the second phase of the expansion project, the company will install cement mills in Blantyre and Mzuzu to ensure uninterrupted supply of cement to the Southern and Northern Regions respectively.

We have ambitious plans to expand our production so that besides catering for the Central Region, we are able to reach the North and South with ease, 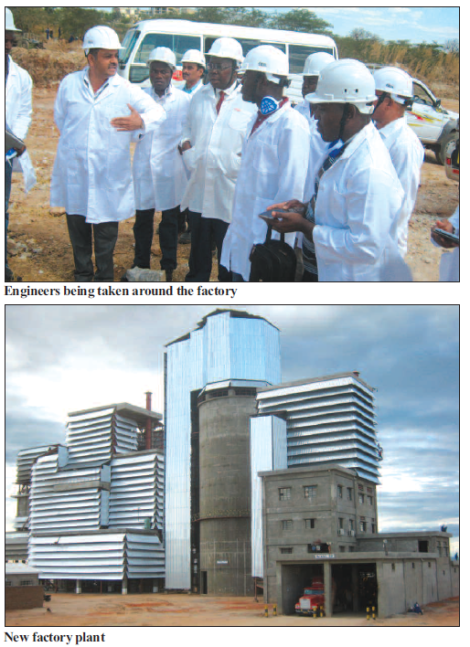