At the end of last week, we learned that the Government of Malawi through the Ministry of Natural Resources, Energy and Mining, intends to share its position on the review of the petroleum exploration licences with the licence-holding companies (RAK Gas, Hamra Oil, Pacific Oil and SacOil) but the companies were not available for the meeting last week.

The review of petroleum exploration licences commenced in November 2014 to ensure licences and agreements signed are for the “benefit of  Malawi” and “in accordance with all the relevant laws of the country” (see the Press Release). Licences were awarded during the two previous presidencies (Bingu wa Mutharika and Joyce Banda). Earlier this year, Ben Botolo, Principal Secretary for Natural Resources, Energy and Mining, indicated that the review would conclude by March.

No conclusion was reached in March, however, in April, a legal opinion written by the Attorney General Kalekeni Kaphale was leaked. He examined the six oil exploration blocks the government awarded and the subsequent production sharing agreements the government signed on 12 May 2014, all of which he stated should be cancelled. Kaphale raised concerns about the licencing process and the corporate relationship between three companies (Hamra Oil, RAK Gas and Pacific Oil) that control five out of six blocks, as related parties by law (Petroleum (Exploration and Production) Act 1983) can only control a maximum of two contiguous blocks.

The blocks have been awarded as follows

Three of these blocks have been awarded on Lake Malawi which gave rise to an UNESCO monitoring trip last year around Lake Malawi National Park. The Government must respond to this report before the end of this year.

In response, Godfrey Mfiti, Executive Director of the Institute of Sustainable Development, penned a piece at the beginning of June in The Nation’s My Turn section, which features readers’ own thoughts, entitled “Politics of oil in Malawi“. He is calling on the government to make its position known on oil exploration in Lake Malawi. His ideas and allegations against the government and certain companies were also captured by Nyasa Times. 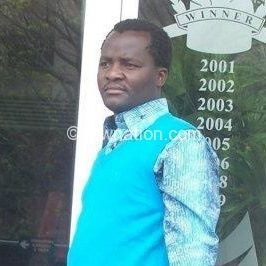 My Turn – Politics of oil in Malawi

Lake Malawi and its shores are a source of livelihood, tourism, fisheries and clean water to the people of Malawi. The lake also benefits people of Mozambique and Tanzania since it is shared on the trans-boundary.

Oil exploration and exploitation has huge economic benefits if issues of corruption, political interference and legal framework are addressed.

Ideally, the current public sector reforms being championed by the Government of Malawi would, in future, help ease the tension that arise between civil servants and politicians. Such kind of a process would help in issues like oil exploration which has potential to develop the economy in a huge way.

There are incidences in Malawi where government has proceeded to embark on certain actions without taking into consideration advice from technocrats. The issue of oil exploitation and exploration in Malawi is no exception.

In 2011, the country awarded oil concession to Surestream for the northern block of Lake Malawi. Then, the processes of awarding oil concessions did not meet international standards and code of good practices.

The country’s legal and policy framework on oil exploration is outdated, as it has been with the mines and mining extraction laws.

During the same period we also had Paladin Africa in Malawi starting uranium mining at Kayelekela in Karonga. The impacts of the Kayelekela Mine on our biodiversity and subsequent cries from the people of Karonga are there for all to see. The poor results are due to lack of an effective and good natural resources policy.

In my humble view, I commend the present government for taking a bold step in reviewing the Mining and Minerals Act. I would encourage government to take a step further and review the Petroleum Production Act of 1981.

Malawians need to be civic educated on the consequences of oil exploitation on our fresh water lake. This information must be well publicised and thoroughly debated before any oil concession deals are awarded to anyone. Debate should not come afterwards.

Let government engage experts in this sensitisation project to ensure the best results that will work to the advantage of the majority of Malawians, not a privileged few. If we want to go ahead as a country to explore oil in our lake, the decision should be supported by many because the negative effects of oil exploitation on our environment will also affect many.

Sad stories from Ogoniland in the Niger Delta in Nigeria must provide lessons for Malawians. The greedy few politicians and businesses linked to politicians benefit from the millions of dollars earned from oil. The local people and the biodiversity in Ogoniland have been negatively affected by oil spills.

It is my view that one day government will not rush into economic development activities without compliance to its own legislations and meeting international standards.

If I may ask, who benefited or who is benefiting from Kayelekela uranium mining? Who approved the Environmental Impact Assessment Report before the mining operations started at Kayelekela in Karonga? I hope it met the required standards.

I have never understood why our government seems to take Malawians for granted on issues of national importance. The current proposed sale of Malawi Savings Bank (MSB) is worth mentioning, as the voice of the ordinary Malawian who ‘owns’ the bank and benefits from it is completely left out of the debate.

Hopefully, soon we will hear government’s position on oil exploration in Lake Malawi, and it will be one taken after thorough consultations and sensitisation!

3 responses to “The Politics of Oil in Malawi – Godfrey Mfiti”