In November 2014, the Government of Malawi announced that it was reviewing its oil exploration licences and agreements to

ensure that the Licences that were granted or the Agreements that were signed are for the benefit for the people of Malawi and were in accordance with all the relevant laws of the country.

The Principal Secretary for the Ministry of Natural Resources, Energy and Mining, Ben Botolo, indicated in February of this year that the review would conclude by March. This did not happen.

Instead, in April, The Nation revealed that Malawi’s Attorney General Kalekeni Kaphale had produced a legal opinion on the 6 oil exploration blocks the government had awarded and the subsequent production sharing agreements the government signed on 12 May 2014. In this opinion, Kaphale stated that the licences and agreements should be cancelled because three companies (Hamra Oil, RAK Gas and Pacific Oil) that control five of the six oil and gas exploration blocks are linked to the same people and the signing of the production sharing agreements 8 days before last year’s tripartite elections may be in breach of the Petroleum (Exploration and Production) Act of 1983. You can read more about this here.

Today, The Nation reported (article included below) that the Government invited the companies for a meeting to present the Attorney General’s legal position and Capital Hill’s position on the review of the licences and agreements. However, the companies were not available for this meeting, which Botolo took as a sign of disinterest.

Three of the six blocks have been awarded on Lake Malawi which gave rise to an UNESCO monitoring trip last year, which the government is expected to respond to by December 2015, and there are ongoing boundary disputes with Tanzania. 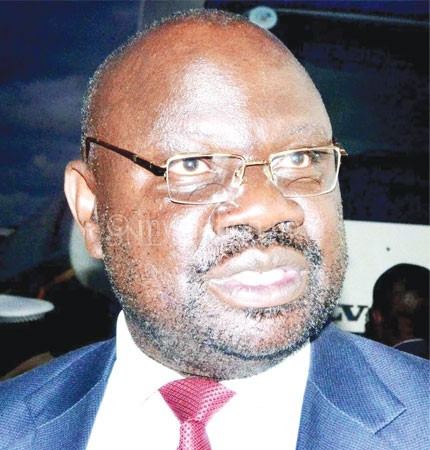 The drama surrounding oil and gas exploration licences continues, with government—which has been sitting on the issue for seven months—claiming that licensed investors did not turn up for a scheduled make-or-break meeting.

But one of the companies—United Arab Emirates (UAE)-based Rak Gas—has denied that the firm snubbed the Government of Malawi’s invitation, saying it had requested for a change of date due to prior commitments.

Through the planned meeting, government says it wanted to communicate a legal opinion by Attorney General (AG) Kalekeni Kaphale and Capital Hill’s position regarding exploration of oil on Lake Malawi. The legal opinion first came into the public limelight in March this year.

Ministry of Natural Resources, Energy and Mining Principal Secretary Ben Botolo indicated in an interview yesterday that he was disappointed with the firms’ failure to attend the meeting scheduled for early this month.

The three companies invited to the meeting are Hamra Oil Company, Rak Gas and Pacific Oil.

In November last year, government ordered all companies licensed to explore for oil and gas to “immediately cease all operations in relation to the granted oil and gas exploration licences until a review that is currently underway, regarding the manner and procedures that were followed [in issuance of licences], is finalised.”

Preparations for the meeting were finalised, but we were surprised that the three companies declined to come without giving any reason. During this meeting, we wanted to give them the opinion of the Attorney General and the stance of the Malawi Government.

As a way forward, we will be consulting legal experts for guidance; but by not coming, it shows that maybe they are not interested in the business.

But Rak Gas general manager for its Malawi operations Chimwemwe Chikuse said in an interview yesterday that after receiving the invitation, the company asked the ministry to shift the meeting to the end of this month because key officials had pre-arranged engagements they could not suddenly cancel.

I have consulted headquarters and I can confirm that Rak Gas indeed got the invitation from the Malawi Government for the meeting.

Unfortunately, the date government proposed coincided with other engagements that were already planned. We have waited for this issue to be resolved for several months, so we are in fact eager to meet government and conclude this matter.

The ministry suspended oil and gas exploration licences pending a review of some issues government was concerned with. The review was initially planned to take a month from November 2014. It is now seven months—and counting.

While Capital Hill has said it wants to examine the procedures of the licence awards and examine revenue sharing arrangements, the end game has never been clear.

Rak Gas—owned by the Government of Ras Al Khaimah, one of the UAE emirates—has carried out Full Tensor Gravity Gradiometry (FTG) with all the processes duly approved by the Malawi Government.

On its part, Hamra—a Cayman Island Origin private company which bought 51 percent into Blocks Two and Three from Surestream, also concluded its FTG.

Pacific Oil, which is part of Vega Petroleum Limited—the privately owned oil and gas entity that has oil producing and exploration concessions in Egypt—is yet to launch an FTG on Block Six.

We could not immediately get hold of officials from Hamra Oil and Pacific Oil to respond to the ministry’s claims that they snubbed the meeting.