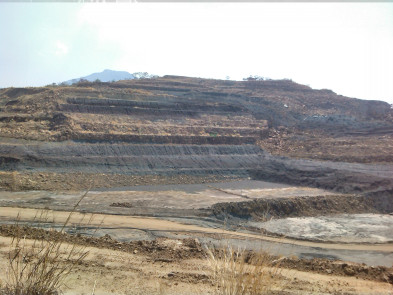 In February, nuclear physics engineer Bruno Chareyron visited Malawi’s Kayelekera Uranium Mine to collect water samples and to provide feedback on radiation monitoring conducted in May 2012. He was invited by the Natural Resources Justice Network. In January, allegations were reported in the press against Paladin Africa, a subsidiary of ASX-listed Paladin Energy, that the company was releasing “waste” into the environment.

Paladin announced at the beginning of January 2015 that a plant run-off water tank at the mine was damaged during a storm event, releasing up to 500 cubic metres of material into the bunded areas of the site and that a small amount may have overtopped one of the containment bunds. The company reported that remediation was undertaken during the following five days.

[…] Paladin undertook sampling at the site of the storm-damaged tank and surface water upstream and downstream of where any possible incursion might have occurred. Malawi’s Water Resources Department also sampled at these sites to get independent verification. Results of chemical analysis by Paladin’s on-site laboratory showed that no contamination had occurred.

The Company also obtained confirmation through analysis of duplicate water samples undertaken by an accredited, global and independent laboratory services group. The independent results confirmed the results obtained by Paladin from its own laboratory and those collected by the Malawi authorities. All results demonstrated that no measurable contamination had occurred as a consequence of the event. These results have been forwarded to Malawi’s Environmental Affairs Department for their files.

Civil society organisations through the Natural Resources Justice Network, government officials (from the Ministry of Natural Resources, Energy and Mining) and company representatives took part in the meetings with Chareyron, who is head of the laboratory at the French non-governmental, non-profit organisation CRIIRAD (Commission for Independent Research and Information about RADiation). CRIIRAD works to improve information and protection of the public against ionising radiation and radioactivity. Its monitoring around Kayelekera has been funded through the Environmental Justice Organisations, Liabilities and Trade (EJOLT) project.

Coinciding with Chareyron’s visit, the EJOLT project published an 80-page report of its finding from the Kayelekera Uranium Mine monitoring visit in 2012. The main recommendations are summarised below. Paladin’s initial response to media reports questions the independence of CRIIRAD as the Commission describes itself as

a “partner” of the Malawian NGO, Citizens For Justice (CFJ), which is aligned with international anti-nuclear NGOs and has been in the forefront of campaigning on uranium mining in Malawi since 2006, including the recent fear-mongering campaign run by the Natural Resources Justice Network (NRJN).

Paladin goes on to question why the report was published over two years after Chareyron’s first visit to Malawi.

Neither CRIIRAD nor CFJ has explained why, if either organisation was greatly concerned about the environmental situation in the vicinity of Kayelekera Mine at the time, they waited for more than 2-1/2 years before publishing their findings. The report has been released to coincide with Mr Chareyron’s brief visit to Malawi for the purpose of participating as the NGO’s nominated representative in the GoM’s monitoring of surplus water treatment and release at Kayelekera Mine.

Compared with the radiation dose limit of 50 mSv in any single year, the average independently-measured dose level for a Designated Worker at Kayelekera Mine in 2013 was 3.2 mSv, with the maximum dose for a work group being 4.7 mSv – well within the accepted radiation exposure limit set under Malawi law in compliance with the ICRP [International Commission for Radiological Protection] standard.

To suggest that Kayelekera Mine employees, or the community, should require treatment or compensation for health risks associated with exposure to such low level occupational radiation is simply imprudent and misleading.

The EJOLT project funding for CRIIRAD will come to an end at the middle of March 2015. This means that extensive analysis and reporting of results of sampling from this visit will not be made available, according to Chareyon. CRIIRAD prefers to train community members to collect their own samples and to conduct basic radiation monitoring, however, in Malawi, this training has not been made available due to the limited resources and short periods of time CRIIRAD has had for their missions in the country.

The report from the last monitoring visit makes the following concluding recommendation,

Paladin should not be allowed to discharge radioactive and chemical pollutants in the Sere river as long as it does not publish the full EIA [Environmental Impact Assessment] and the results of its environmental monitoring.

To learn more about Paladin’s water treatment and discharge process, read Mining in Malawi’s account of the Parliamentary Committee for Natural Resources and Climate Change visit to the Kayelekera Uranium Mine last year. Paladin’s responses to literature published by non-governmental and civil society organisations can be found online here.

The EJOLT report Impact of the Kayelekera uranium mine, Malawi is available for download here. It provides an overview of Kayelekera Uranium Mine and the context of the May 2012 mission. Detailed descriptions of and results from monitored sites for underground water, surface water, soil and sediments and radon in the air are included.

The key observations made by the report include: 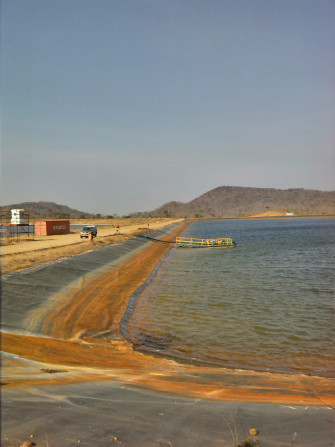 This visit and report has been covered in the print and online media. However, some of these accounts are misleading.