Yesterday, the Malawian and Tanzanian Ministers of Foreign Affairs and International Cooperation, Ephraim Chiume and Bernard Membe respectively, submitted their responses to each other’s position papers on the ongoing lake dispute. The two countries’ responses were given to the former president of Mozambique, Joaquim Chissano, in Maputo, Mozambique. Chissano is heading up a team from the Africa Forum of Former African Heads of State and Government that is mediating the dispute.

Malawians and Tanzanians expected the verdict on the border dispute over Lake Malawi (or Lake Nyasa as the body of water is known in Tanzania) in April and then in September this year. They will now have to wait longer. The Malawian government, which maintains that the lake falls entirely within the nation’s borders, has already awarded several companies with rights to explore for hydrocarbons in the lake bed. Tanzania is contesting this territorial arrangement that is based on a colonial Heligoland Agreement from 1890.

In mid-September 2013, Malawi and Tanzania were asked to submit responses to each other’s position papers on the territorial dispute and to a set of questions “as a step towards starting of mediations“. Malawi was asked to respond to the following questions:

Spokesperson for the Ministry of Foreign Affairs and International Cooperation, Quent Kalichero, confirmed that Chiume is in Mozambique and Malawi’s The Nation pointed out that Membe tweeted yesterday,

This morning, the AG and I are heading to Maputo to submit Tanzania written comments on the question of Lake Nyasa dispute to the SADC Forum

Mkumbwa Ally, spokesperson from Tanzania’s Ministry of Foreign Affairs and International Cooperation, indicated to the Tanzanian press that the mediation should have been concluded earlier in the year but the “busy schedules” of leaders have delayed the talks “but certainly we are coming to an end soon”. Following this submission to the Forum, “we will wait for their decision”.

Malawi’s press seems lees hopeful that a decision will be reached soon. Mediators “are expected to deliberate for up to one year“, Nyasa Times reported today.

If the two countries are unable to reach a consensus, Malawi’s head of state, Joyce Banda, has expressed in the past that she would like to see the case taken to the International Court of Justice. Malawians and Tanzanians may have to wait many years for a resolution if evidence from other territorial disputes in the region is anything to go by. 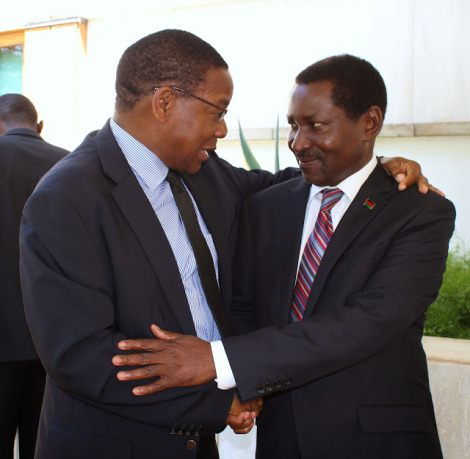