The piece “Eye on Malawi’s EITI: Malawi approved as EITI Candidate Country” featured below was initially published in Malawi’s Mining & Trade Review Issue Number 31 that is circulating this November 2015.

The 22nd of October 2015 marks a milestone for Malawi in its Extractive Industries Transparency Initiative (EITI) journey. On this day, the EITI Board approved Malawi’s application to join the EITI during its 30th board meeting in Bern, Switzerland. Rt. Hon. Clare Short, Chair of the EITI, and former British MP and Secretary of State for International Development, explained that,

Membership of the EITI comes at an important time in Malawi’s development, as natural resources begin to be of macroeconomic importance. The Government of Malawi has made a commitment to transparency that will help the people of Malawi ensure that natural resources are managed for their benefit.

Civil society has been advocating for Malawi to join the EITI for over 6 years in the belief that it will improve transparency and accountability in the natural resources sector resulting in greater socio-economic development for all Malawians. President Arthur Peter Mutharika made a public declaration of the government’s intention to join the initiative in June 2014 during his inaugural state of the nation address at the opening of parliament.

In the evening of the 22nd October, those people interested in the EITI gathered at the Capital Hotel in Lilongwe to celebrate the achievement. Mr Crispin Kulemeka, Director of the Revenue Policy Division that houses the MWEITI Secretariat, gave the keynote address. Kulemeka highlighted that the EITI reports, the first of which is due in 18 months,

will be a useful tool for all Malawians to see how we are managing the country’s natural resources, and how much revenue is being generated.

The reports will contain information on licences, production data, tax payments, royalties and social expenditure, among other important information for the sector.

Kulemeka captured the sentiments of the civil society organisations, private sector, and government institutions represented in the multi-stakeholder group that manages the EITI implementation:

We hope this information will stimulate informed and evidence-based dialogue on ways of how best to utilise our finite and non-renewable natural resources to meet our national priorities.

At the moment, two GIZ-funded consultants – Lutz Neumann and Hannock Kumwenda – are conducting a scoping study which will help the multi-stakeholder group to determine how the EITI standard will be applied, i.e. what should be included in Malawi’s first EITI report, due in April 2017. The scoping study will identify if required information to be disclosed is already in the public domain and any gaps and weaknesses in accessing this data and in government reporting mechanisms.

The scoping study will also discuss which natural resources should be included in the first report. Civil society is advocating for the inclusion of oil and gas exploration companies even though the companies are not yet in production so not contributing significant revenue to government. Including the companies are relevant, however, for ensuring a comprehensive picture of the sector is available in the first section of the report which provides contextual information. These companies are also relevant for two activities aspects highlighted in the MWEITI multi-stakeholder group’s work plan: promoting contract transparency and understanding who are the beneficial owners of companies operating in Malawi. The finalised scoping study is expected to be available in the next three months. Watch this space for more information! 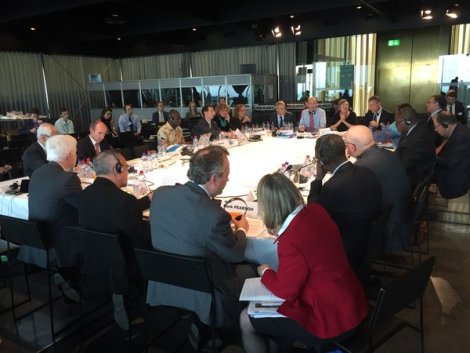