By James C. Chatupa Consulting Geologist (currently with Pacific Oil which has petroleum exploration licence for Block 6 in southern Malawi) 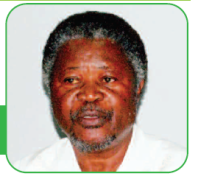 The Malawi debate on oil exploration and production is both robust and exciting, but at times confusing and aimless. There are worldwide concerns about pollution and climate change caused by the utilization of oil and coal for fuels for transport, generating electricity and many other uses. A consensus is slowly building-up on how to resolve these concerns. Some agreements have been reached at the UN-organised Paris COP21 of 2015, to reduce carbon emissions into the atmosphere.

On the other hand there appears to be some confusion of contexts in Malawi relating to oil exploration and production. The fact that government granted exploration licences had some opposition in the first place. Then the   recent lifting of suspensions of exploration was greeted by further derision and accusations. On the other hand some are claiming that they have not seen any benefits from these ventures. There seems to be some misunderstandings implying that oil production is about to take place or is ongoing and they are demanding their benefits pompopompo. This confusion of exploration for oil and production has to be loudly addressed, as it seems to be sidetracking us from making critical strategic plans and implementing meaningful programmes in the legal, economic and technological areas.

I would like to take some time to outline the trend of some of the issues, so that we can continue the debates without changing the goal posts to suit the various perceptions.

Where is the Oil?

Malawi has not found oil yet. Malawi is just going to start to look for oil, hence the Malawi Government granted Petroleum Exploration Licences from 2011 to 2013 as stipulated in the Petroleum (Exploration and Production) Act, CAP 61:02 of 1983. That is, these are legally binding contracts between the Malawi Government and the exploration companies – there is no need to accuse each other of underhand dealings.

The knowledge that the country has, so far, is the presence of thick sedimentary rock formations under Lake Malawi, the Lower Shire Valley and the Vwaza Marshes/Lake Kazuni. This was discerned from geological and geophysical works undertaken by the Malawi Department of Geological Survey/British Geological Survey (1908 – present), UNDP-financed airborne geophysical surveys (1970/71 and 1984/5), the Duke University of the USA (Project PROBE seismic survey on Lake Malawi mid-1980s), Chancellor College of the University of Malawi (1975 – 1980) and many other research projects carried out under other government departments.

It is worth noting that Project PROBE by Duke University was funded through research grants from at least nine international oil corporations and the World Bank.

Emphasis here is that companies do actually take a long term view in these matters – they plan for 20 or more years into the future. This is a mindset change we must adopt; rather than insulting each other, that decisions are made to meet short term gains.

Oil is generated from the burial of tiny single-celled organisms that populated the ancient seas and lakes. Over millions of years sediments accumulated over the top of the dead organisms. Increasing pressure and high temperatures cooked them into hydrocarbons that form oilfields. These oilfields are presently buried both on present onshore and under seas offshore. These burials happened over 100 million years ago in many parts of the world, and many are still undiscovered. But in the East African Rift Systems (EARS) some of the burials happened about 10 to 30 million years ago – Lake Albert in Uganda is a good example, probably it was another lake before the   present one developed.

There are three main conditions that define a prospect as a potential oilfield or oil reservoir: 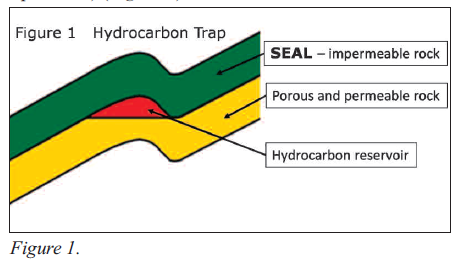 In Malawi, we have the sedimentary rocks that are potential prospects, but we do not know yet if they contain source rocks that are rich in hydrocarbons hence the need for exploration to find out the three conditions stated above.

Process of Oil Exploration and Production

Oil exploration is the first phase in a continuous cycle.

Malawi had carried out ground geological mapping of the whole country by the mid-1970s, mainly with assistance from the British Government. This work indicated most of the geological environments and mineral potential of the country. In the introduction mention is also made of follow-up geophysical surveys and the Project PROBE seismic survey on Lake Malawi.

Oil exploration companies utilise the early work in planning and designing their more comprehensive gravity geophysical surveys and seismic investigations. The main more specific objective by the companies being the discovery of the hydrocarbon source rock and its possible quality. 3D–modelling is applied to evaluate the geological structures and other parameters that may show the possible nature of migration of the hydrocarbons as they may have been affected by tectonic events.

Appraisal drilling and discovery often define the last stage in the exploration phase (PHASE 1). Any hydrocarbon discovery by the company has to be reported to government; as stipulated in the law. The company may then apply for a renewal of the Petroleum Exploration Licence after 4 years to undertake more drilling to further evaluate the discovery and/or to delineate reserves of the hydrocarbon resource. The renewal period is limited to 3 years, but the government has the option of rejecting the application for renewal, if it is not satisfied with the work undertaken during the first tenure.

Where the company has delineated an economic reserve, they may apply to government to be granted a Petroleum Production Licence, to carry out activities. 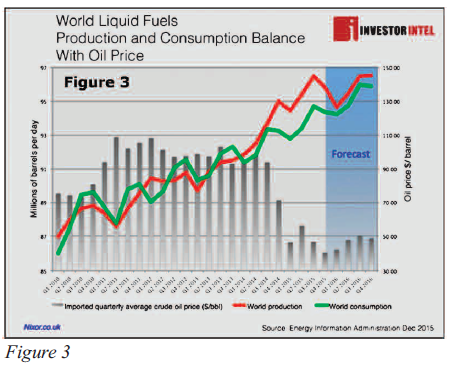 It is noteworthy that demand and supply of oil continue to rise, although the price of crude oil continues to be very low from December in 2014. It is clear that the price of oil is not following the normal economic principle of price influencing supply and demand. This is further complicated by the fact that oil production has been exceeding consumption from 2013. Other geopolitical factors may be at play here.

Secondly, although analysts have given varying interpretations to the oil price saga, it is historically known that the oil industry has gone through many “boom and bust” situations over the years . 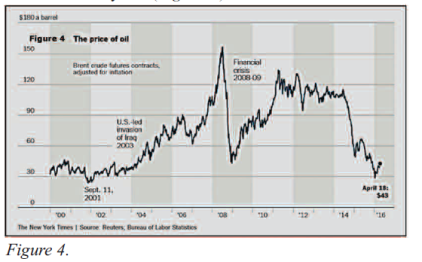 There is no such strong justification for postponing the granting of oil exploration licences due to the drop of prices on the world market. In fact the recent agreement (reported by the press on 25-4-2016) by the East African Community governments, to build a pipeline from Uganda to the Indian Ocean coast in Tanzania, gives a boost to the oil industry growth in this region. There are also active exploration programmes in Mozambique, Tanzania, Kenya, Uganda and even Myanmar, in South-East Asia. Malawi must take a positive outlook, and move on with its programmes.

A layman in Malawi can best judge the importance of oil by the number of vehicles (cars and trucks) that ply our roads on a daily basis. Petrol and diesel commodities are some of the major imports into the country. The tarmac of our roads on which we invest huge amounts of our revenues for their construction is also made from oil (hydrocarbons). The plastic pipes, various polymers and pharmaceuticals are mainly by products from hydrocarbons.

The oil industry is vital to many industries and it is critical to the maintenance of our modern civilisation. Oil, coal and natural gas account for a significant proportion of the world’s energy consumption. 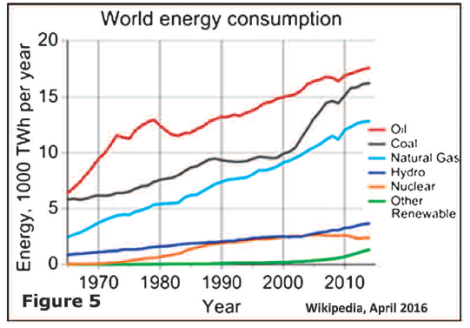 For the highly industrialised countries the oil and coal industries also support millions of jobs of their populations. It is also worth noting that renewables, hydroelectricity, nuclear energy are significantly low as sources for energy   consumption. As part of the COP21 agreements, the International Energy Agency is placing the development of renewable energy resources as an urgent programme for scientific and technological research. Malawi may consider utilising revenue earned from oil exploration charges to promote research in renewable energy resources.

Africa consumes very little oil and coal, but a growing consumption trend is evident. It is estimated that oil consumption in the whole of Africa is still below 10 million barrels per day, compared to over 20 million barrels per day for the USA and for China. On the other hand Africa’s consumption accounts for over 41 percent of its energy   consumption. It is therefore imperative for Africa, and Malawi for that matter, to include in its development strategies a long term planning view, for sustainable sources of oil and gas.

There is increasing evidence linking global warming to the burning of oil and coal and the resultant climate change. 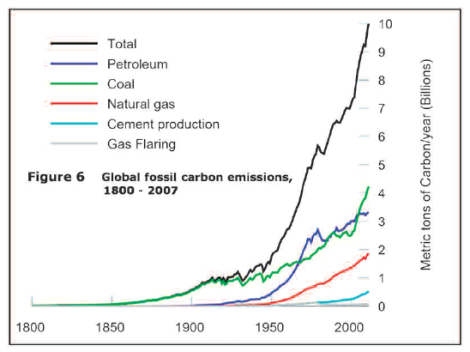 Burning Oil and coal releases carbon dioxide – CO2, greenhouse gas. There is a general consensus now that oil and coal burning are probably the largest contributor to the increase in atmospheric carbon dioxide. The USA and China, the largest consumers of oil in the world, have finally agreed at the 2015 COP21 to commence reducing emissions of CO2 from their electricity generating plants and other industries.

Malawi must take a keen interest in technologies that are imported for construction of electricity power stations and cement plants, to ensure that we remain in tandem with international agreements, with regards to limitations on CO2 emissions and other pollutants.

The article above was initially published in Malawi’s Mining & Trade Review Issue Number 44 that is circulating this December 2016.