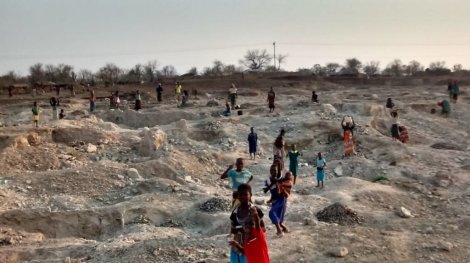 Last week, the study Malawian Voices, Malawi’s Natural Resources was released. This records the findings of a listening exercise of Malawi’s extractive industries conducted by Daniel Gilbert, postgraduate student of the University of Dundee and Extractive Industries SourceBook webmaster, and commissioned by the Scotland Malawi Partnership.

Gilbert concluded after a 5-week research project that

The findings demonstrate that the range of views, and level of consensus amongst stakeholders, varies across the sectors. The petroleum (oil and gas) sector is contentious, not least because it is still in the exploratory stage with the potential hydrocarbon reserves located under Lake Malawi. This heightens the risks associated with extracting these reserves, particularly with respect to impact on the environment and livelihoods. Despite the large-scale mining sector’s slower development than in neighbouring countries, there is a general consensus amongst the stakeholder groups that the mining should be developed.

This report’s analysis suggests that there are significant risks associated with developing EI in Malawi, in particular, environmental and social risks, but also considerable opportunities. Presently, these risks are assessed by stakeholders to be too great for the petroleum sector. However, while investment, regulation and capacity building would be required, there is evidence that, in their different ways, both Large-Scale Mining (LSM) and Artisanal and Small-scale Mining (ASM) could provide a much needed source of sustainable economic development for Malawi.

If approached in such a way as to:

Gilbert conducted 32 semi-structured stakeholder interviews with 40 different interviewees in Malawi. Of these interviewees, 12 were from non-governmental organisations, 12 were from the extractive industries sector (both cooperatives and private companies), nine were from donor agencies, and seven were (former and current) civil servants.

A number of conclusions were drawn in the study.

According to Gilbert, the Scotland Malawi Partnership’s specific interest in Malawi’s extractive industries sector is in response to a request by the Government of Malawi for development partners, including those from Scotland, to appreciate the strategic importance of this sector to Malawi’s future economic development. As a result, Gilbert makes several interesting suggestions for Scotland/Scottish organisation’s partnership role:

Note: I (Rachel Etter) was interviewed in this listening exercise.